From grain to glass, their high standards are based on the purity of their ingredients and the Cornish landscape that inspires them.

Harbour Brewery Co. was founded by beer enthusiast Eddie Lofthouse and is based just outside Bodmin. Although only started in 2012, the team have wasted no time in establishing itself as one of the best, small craft breweries in the country.

In 2012, The Harbour Brewing Co. was just a fledgeling idea: to brew proper beer reflecting the land (and shores) from where it came. Taking the best raw ingredients – awesome hops, Cornish spring water tapped straight from the source – and bringing them to life through dedication to technique. 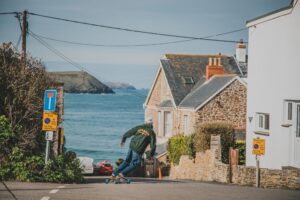 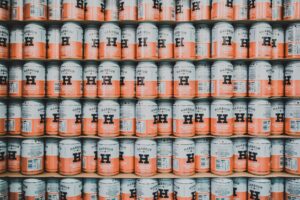 The concept evolved by the ocean – hence, ‘Harbour’ – but the beer came into being on the farm. There is joy in returning to the roots of the ingredients. And the heritage of the space, of the land, of the ocean, remains their inspiration. Matching their love for the traditional Cornish lifestyle with a dedication to modern brewing techniques, they take the best of what’s at their fingertips, combined with all they’ve learnt through years in the industry. They brew solid, well-rounded beers reflecting the ruggedness of their home; with smiles, you’ll never shift. We’re biased, but they brew from the best place on the planet.

The Harbour Beer Co. lives and dies by the quality of its beer; so yes, they take beer seriously. But, while the work is serious, life is for living. As important as the product is the experience that goes in. They know with the right people, in the right place, with a concerted effort – the beer takes care of itself. The beer defines their lifestyle: from the dark, warming stout after a wintery November surf to the summer-BBQ citrus-burst of an Ellensberg IPA.

At Hub Box, we’re all about championing Cornwall’s produce, people and potential, it just makes it easier when the beer is as good as Harbour’s. Enjoy one of their beers in a can, or on draught as a guest beer at Hub Box.